Are you sitting comfortably? Making hay while the sun beats down with a searing, brutal intensity meant Agent Rob and his extended family entourage had the opportunity to visit Martha's Vineyard, the shooting location for Rob's other (just older) brother, JAWS. "Sh-shark! Sh-shark!" Turns out Oor Michael's in thon pond, y'know...? Here we are standing more or less on the artist's very viewing spot. Burgers, hot dog stands and saggy-skinned old islanders no longer included.... 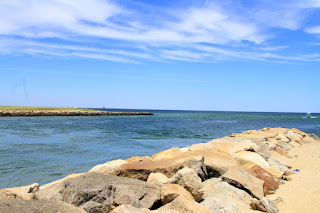 This is us at Joseph Sylvia State Beach, the location for what's commonly known (well, according to YouTube) as the "Estuary Scene" from JAWS, looking back towards the land and the (restructured in 2011) American Legion Memorial Bridge (or "JAWS bridge" as it is obviously more commonly known).... 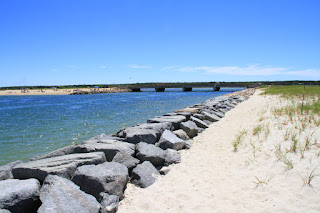 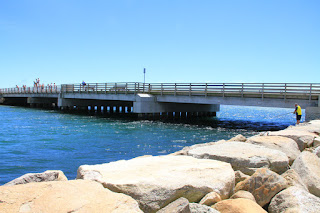 The section of the beach to the north, towards Oak Bluffs, not only served as the location for the Estuary Scene, but also for the film's earlier scenes featuring the mysterious loss of Pippet and the gruesome death of Alex Kintner.... 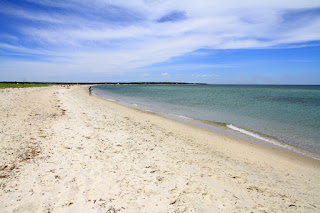 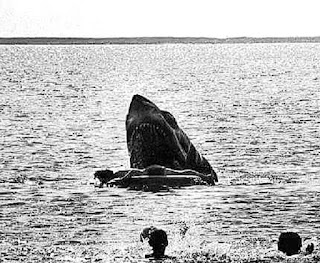 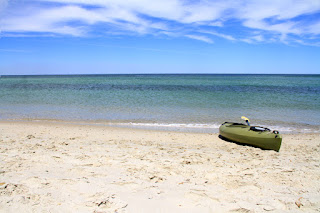 The JAWS bridge marks the border between the towns of Oak Bluffs and Edgartown, the latter doubling as Amity during filming. Unfortunately a lack of research - AKA who really wants to spend any of their precious 'family vacation time' looking at the internet or checking their emails? - and little local publicising means this was as close a cigar as possible that Agent Rob came to seeing the original town. "NO JUMPING OR DIVING FROM BRIDGE" - fat chance! Ye'd be hard pushed to find anyone aged around 40 who'd be insane enough dive into those infested waters.... 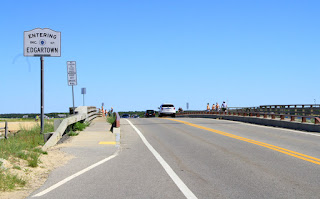 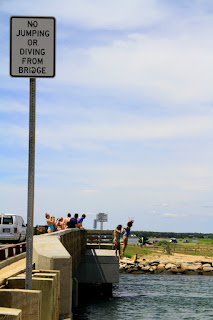 Leaving Oak Bluffs on the ferry back to Hyannis - tightly wrenched gut at missed opportunity not yet manifestering - and looking to the north we can see, well, not much, but Chief of Police Martin Brody's (heftily rebuilt) house is somewhere in this direction near East Chop lighthouse (in fact, just a bit around the corner at 265, East Chop Drive).... 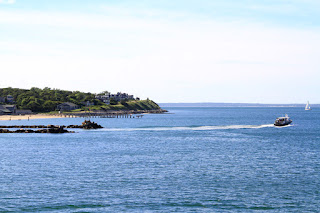 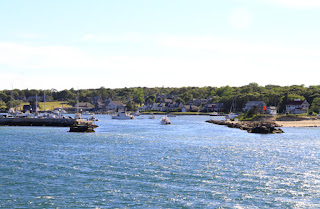 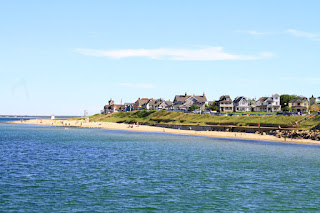 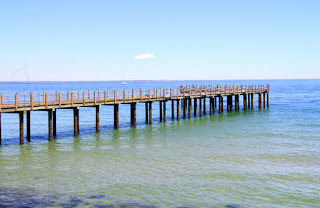 "Better catch sumthin', this is my wife's holiday roast...."

Obviously a bit of better pre-planning ought to go into a truly JAWS-centric jaunt to Martha's Vineyard. The more adventurous would be advised to get a bigger boat and check out this comprehensive guide to the locations beforehand. Ideally if time allows then heading round to Menemsha fishing harbor to see where all Quint's action was, together with a trip on the, er, Mayor's Seal of Approved Chappaquiddick Ferry ought to do it.... 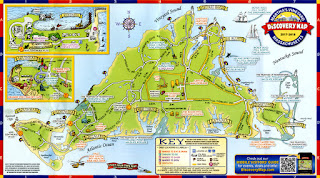 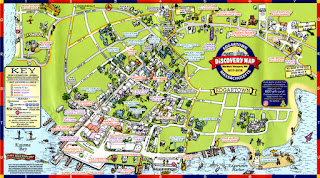 Other interesting facts concern the Orca's, um, 'stunt/sinking double', which was actually abandoned in Menemsha Pond after filming wrapped. Similarly the 4th (and final) "Bruce" was until recently languishing/guarding the Aadlen Brothers Auto Wrecking plot prior to being removed for restoration in 2016. No such luck for the Orca though, as in 2005 she was eventually broken up and the pieces subsequently included as part of a limited edition JAWS: Memories From Martha's Vineyard book....

Email ThisBlogThis!Share to TwitterShare to FacebookShare to Pinterest
Labels: A Braw Blog - You Seen The Set, Film