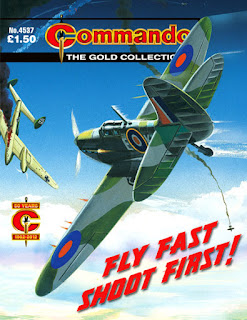 Productive visit to Ice Station Zebra yesterday, shifting comics and books and papers in line with recent, strict (but not entirely unreasonable) 'conformo' demands made upon Agent Johnny. Sincere thanks to the crack team who helped out over the course. Again, despite the tremendous upheaval Our Man in Pester Whailes retained his sense of humour, cracking jokes and helping out (aches and pains permitting), somehow managing to avoid sinking into despair and bemusement as his vast collection was boxed up haphazardly before his very eyes! In part this is likely due to the 'powerful influence' of the ongoing Agent of S.M.E.R.S.H pages, of which a further 1/4 page has been duly pencilled and more is promised soon. The leery Batman page also seemed to have been attended to in the meantime. Thankfully, the further copies of Inkling that were uncovered in the tidying process did not have any never before seen surprises therein, meaning everything is in order for this weekend's West Coast book launch at the Glasgow Comic Con. There was even time for a 'view to a swill' once the decks were well and truly cleared, meaning feet up and contented chuntering.

All that remains now is the arrival of The Collected MacBams - fingers crossed the Brothers make the big event in time!

Sounds: Anthem of the Sun by Grateful Dead, Long John Silver by Jefferson Airplane and Planet Earth Rock and Roll Orchestra by Paul Kantner.
Visions: Well, we saw the floor in the 'drawing room' for the first time in a few years....

Paul Kantner - Circle Of Fire
Posted by noah at 00:25 No comments: 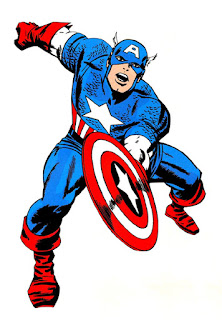 Another absolutely vital jaunt to Ice Station Zebra yesterday principally to discuss 'bureaucratic business', meaning it'll be all hands to the pump next week to try and keep the wolves from Agent Johnny's somewhat battered door.... Erk! In spite of this the man himself was in good spirits, minding his 'Ps and Qs' and not crying off 'seek' under questioning or duress. Page 4 of Agent of S.M.E.R.S.H has progressed slowly, stalled somewhat by some extensive letter writing in the meantime, but plans to 'dredge' this startling tale out for a 5th page and beyond are underway. Furthermore, Adam J. Smith's Evil Hollywood pages, featuring Cosmic Woman and Atom Girl are coming together. Hopefully he'll make a July start on these and with any luck this entire work might be out in the 'Fall' as originally mooted on the cover (er, 3 years ago?)....Sounds: Steal Your Face by Grateful Dead: Radio K.A.O.S. by Roger Waters: Obscured By Clouds by Pink Floyd and Flying Doesn't Help by A. More (lined up as the grand finale just upon leaving....)

Pink Floyd - Obscured By Clouds
Posted by noah at 04:00 No comments: 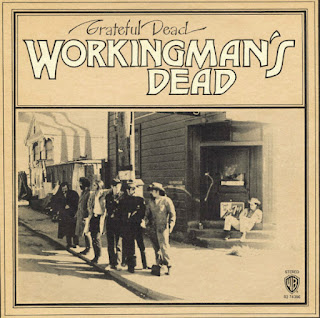 Yet another expedition to Ice Station Zebra yesterday, lending a sturdily gloved helping hand to something of a much needed clear-out, shifting the debris, sorting through the wreckage, so to speak.... Still, there was plenty of time for a post-traumatic swill, both discussing the revised dummy copies of the new Collections (good to go!) and the first 'widescreen' opening panel to page 4 of Agent of S.M.E.R.S.H, the 'projection lines' already pencilled in place for the continuing action....

Naturally my eye was caught by a smart looking fanzine atop a heapa books in Agent Johnny's bedroom. Should I look at this rare copy of Inkling? Of course I did! ....and, yes, as I suspected there were 2 never-before-seen strips secreted therein. Thankfully, I was entrusted to take the book into my possession, scanning the pages on my return to Glasgore, and have already fired them through the production process, allowing an order to be placed thereafter. Not long to wait now....

In other related news, the Mad Mentol MacBams dummy arrived in the same package on Thursday morning, and already 3 of the 6 blank pages are completed, meaning this opus should be ready for print beginning of next week! Amsterdam is making all the right noises, and the sights have to be seen to be believed (we're sure the smells are pretty sweet too!)! Master craftsman Zander and myself will hook up later today to apply the finishing touches....

Sounds: Steal Your Face and Workingman's Dead, by Grateful Dead

Grateful Dead - Dire Wolf
Posted by noah at 05:41 No comments:

We've (completely and utterly) got it covered!

Well, what a weekend, as local underground legend Dave Alexander delivered the component parts for the cover to his eagerly anticipated Collected MacBams book on Saturday.... Then, after a bit of digital-pokery on Sunday the file was winging its' way across the water to All Star colourist Jamie Grant, all ready for just the sort of professional sheen only he can provide....

As such, here's a sneak preview of the flat colour version, likely being given the requested 'psychodelic' treament in Amsterdam as we type.... 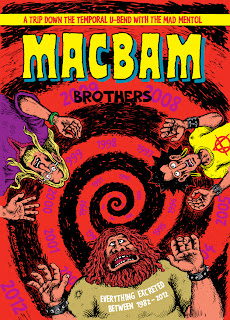 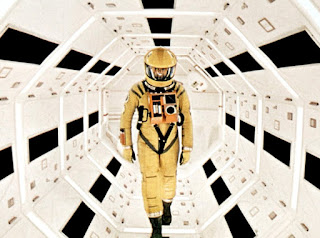 Brief expedition to Ice Station Zebra yesterday, proudly showing off the (99% perfect) dummy copies of Agent Johnny's two new collections, spanning the '80's and '00's. A few instances of minor doctoring required, but overall each book passed muster with the master himself. A 4th page of Agent of S.M.E.R.S.H. is underway - the 3rd was 'dryin' out' at the time, with some 'op art' spot blacks yet to be added.

Jefferson Starship - Cruisin'
Posted by noah at 14:34 No comments: 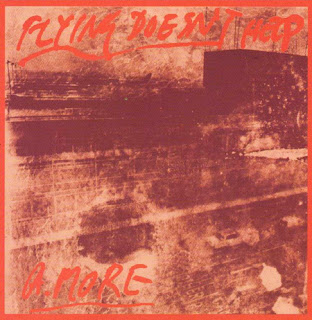 Ho ho! A hefty afternoon session at Ice Station Zebra yesterday, swillin' and chewin' the fat about Evil Hollywood and the much anticipated 'John Stark: Agent of S.M.E.R.S.H.' pages - the third now completed and ready fer photocopyin'. No sign of page 4 just yet, but instead there was the pencils for the first (splash) panel to an intriguing take on Batman (drawn on an actual piece of D.C. paper, no less, as kindly donated by FQ). Further discussion involved Chapter 4 of EHOS, the script now in the capable hands of Adam J. Smith. Finally, we got round to talking about the dummy copies of the impending books, presently sitting waiting to be picked up (today!) at the Baird Street sorting office.... to be continued!

Sounds: Live at Leeds by The Exploited: Flying Doesn't Help by A. More: Zabriskie Point: Original Motion Picture Soundtrack (various artists): Ballad of Easy Rider by The Byrds: Red Octopus by Jefferson Starship: Forever 22 by TV21 (lined up as the grand finale just upon leaving....)

The Byrds - Ballad Of Easy Rider
Posted by noah at 01:59 No comments: