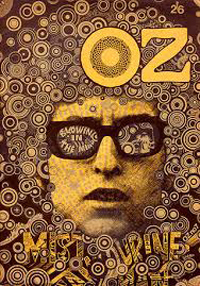 Great visit to Ice Station Zebra yesterday, kicking back with Agent Miller, swilling the afternoon away in a leisurely fashion, delighting in the lack of 'processions'. Now recovered from his 'bronchial influenza' (self-diagnosed, naturally) our man in Pester Whailes has returned to his comic drawing and letter writing with gusto - the new Sandie Shaw page is pencilled in its entirety, with 5 panels inked in. Further to that it seems as if Agent of S.M.E.R.S.H. is now concluded, the 2 pages that I saw, subtitled Manderston Street Madmen (and, yes, we're once again advised to 'dodge this page!'), were, as I gather it, the end. The Tales of Unearthly Science Fiction collection was mooted yet again, and the dummy of all 36 complete pages of ASJ#2: Evil Hollywood Over Subterrania was handed over 'fer approval'. A complimentary copy of Jupiter's Legacy #1 was duly passed over in exchange for the recent 'Fast Gun' Commando comic - one Agent X27 remembers readin' way back in 1963!


Jefferson Airplane - Triad
Posted by noah at 09:05 No comments: