It's just another Electric Manday....

Not so long ago (2011), in a galaxy not so far away (Edinburgh), Production Brawbot Rob Miller helped out on the self-funded Electric Man movie. The team behind the film passed on a selection of rare issues from the comic's lengthy run across the decades, asking Rob if he'd apply some digital-pokery, archiving and restoring these comics to near as possible their original glory....


Now that the film's available on DVD everyone can enjoy this "wonderfully twisty-turny comic caper, made and played with warmth, wit and genuine affection" (c/o Frank Quitely) at home, the eagle-eyed amongst you perhaps wanting to look out for (artistic) cameos by Curt Sibling, Graham Manley, Alex Ronald, Team Girl Comic, our very own John Miller and more.... Only a tiny handful of the restored covers were glimpsed in the film (much like the restorer himself, but that's understandable as he's camera shy and the bulk of them were worked on during and after production), so treat this as something of an exclusive premiere, several of these scarce issues thought lost forever.... 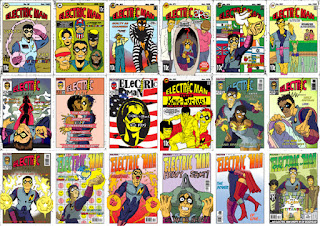 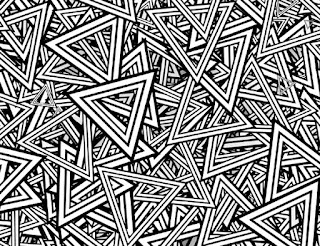 Finally made a much delayed visit to Ice Station Zebra yesterday to find Agent Johnny on fine form, basking in the knowledge that the 'Art Deco' kitchen and Shunky installations are finally complete after nearly a month's work. So, having heaved all the boxes of comics and books back in from storage there was nothing to do but bid Ghostman farewell (he's an awfy boy) and settle down to a view to a swill, chuntering away, chewing over such topics as the past weekend's screening of The Omega Man (missed by this Agent), commenting on the soundtrack, the conclusion to Evil Hollywood over Subterrania, drawing another Sandie Shaw page (fer the back page of Braw! #2) and more letter writing.


Ennio Morricone - For A Few Dollars More Theme
Posted by noah at 02:53 No comments: