At last we're proud to present this long overdue collection of the very best work (we could find!) by the late Patrick "Pudsy" Morris, the fondly remembered adopted son of the Glasgow underground comic scene.

....right on through his commercial cartooning and caricatures....

.... to his final burst of frenetic drawings for the deliciously dopey Northern Lightz, the comic he helped found....

Jumble it all together and it makes for a weird, wired and simply wonderful trip, one that these pictures simply cannot do justice. See it! Believe it! Buy it (here)! (n.b. it will be available direct from the Braw Books site late August) 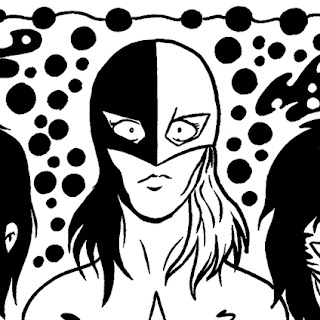 The long good Wednesday at Agent Johnny's this week, weightliftin' and shiftin' all manner of books and comics to satisfy the wolves at Ice Station's door. There was still time for a swill as over the course, and beers were duly downed by the exhausted as the day wore on. Seems it was a job well done and worth doing well as the gods have decided our Man in Pester Whailes is in the clear - there's smoke, but no chance of fire!

Inking continues apace on the final chapter of Evil Hollywood and the newly finished back cover inks - with a few tweaks that can be applied digitally - passed muster. An interestin' Superman illustration was discovered amidst the shifting debris and has been scanned, ready for inclusion in one of the big collections post-production.

Sounds: Byrds, Greatest Hits by The Byrds: Flying Doesn't Help and World Service by A. More: Echo and the Bunnymen by Echo and the Bunnymen: Kaleidoscope by Siouxsie and the Banshees: Treasure by Cocteau Twins: View from a Bridge by Kim Wilde (the "can't take any more" refrain perhaps giving an accurate insight into our Agent's mind as the day didn't end): The Flood by Blue Orchids....

Anthony More - Judy Get Down
Posted by noah at 01:58 No comments: 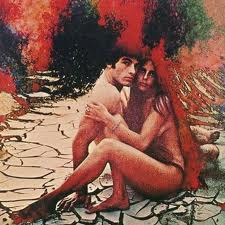 Out of the frying pan.... Great to have a wee swill with Agent X27 yesterday, the first visit to Ice Station Zebra for over a month. Not too much 'weightliftin' to be done and further to the arrival of Red Atom the place was looking immeasurably tidier within the half hour. Hopefully this'll keep the wolf from the door until the 'Paymaster' funded shelving arrives next week. Agent Johnny himself on grand form, excited by the prospect of wrapping up Evil Hollywood, with 1 page nearly inked and another 3 already taking shape - looking to be quite the grande finale. Production Brawbot Miller also managed to get final approval on the back cover of the comic, thereby rounding off the day neatly. Fall of the house of Usher!

In spite of the fact production Brawbot Rob Miller'd much rather stay in doors all day, every day (his "screen tan" is coming along nicely), there are occasions when even he must dare to leave the house and sell his books to the great washed. As such, if you're lucky enough to be caught in the gaze of the above 'space woman' that means you're in the vicinity of some of the very finest underground comics and books, er, his table has to offer....

So hopefully you'll see her and she'll see you at one or other of the following events.... 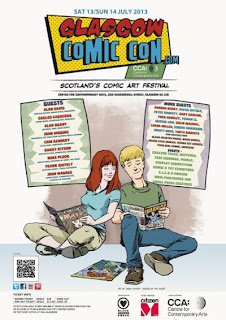 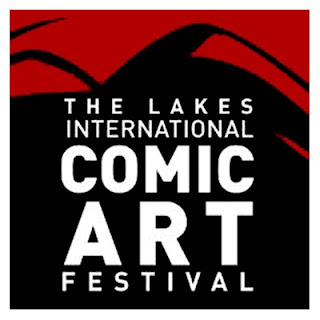