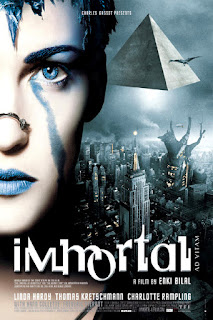 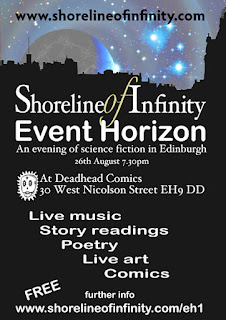 Unexpected detour to Edinburgh on Wodinsday as Agent Rob took a last-minute decision (helped somewhat by Agent Johnny phoning through and urging him) to attend the Shoreline to Infinity evening event at Deadhead Comics. Quite a large gathering were present to witness Painted Ocean, Sue Gyford and Andrew J. Wilson (our esteemed Director of S.H.I.E.L.D) provide a variety of sci-fi themed entertainment (during which a few beers were drunk in honour of Deadhead's 25th birthday). After a brief chat with Irish Rob and Braw Books cohort Dave Alexander all that was left to do was to see 'Our Man in Pester Whailes' safely to the bus stop before jumping on the train back through to Glasgog....

*Agent Rob was also delighted to see that Deadhead Comics had shifted their copy of the Bacchus Omnibus since his last visit. Both the Gosh! bookplate and Top Shelf signed editions are still available....
Posted by noah at 03:06 No comments: 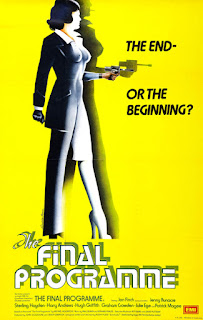 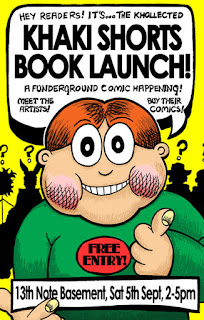 2 weeks and counting (down) to the Khollected Khaki Shorts "funderground" launch right here in Glasgog. All are welcome to join us in the 13th Note Cafe/Bar basement (that makes sense, right?) on Saturday 5th September from 2-5pm to hang out with the likes of Adam J. Smith and (fingers crossed) John G. Miller. It's real, cos The List says so. Quite sure there'll be a little bit of that and a quite little bit of this too....

Alfred Bester - The Stars My Destination 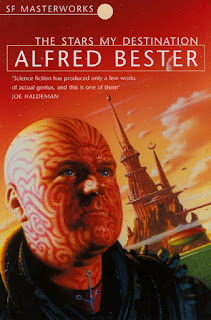 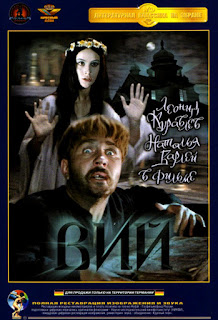 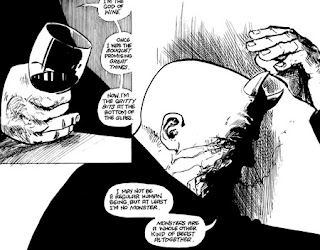 ....well, near enough-ish.... Definitely a bit more effort required to soldier through the poor sound quality here, but worth it as ever....

UK Bookplate edition and US Signed Hardcovers still available to buy....
Posted by noah at 01:44 No comments: 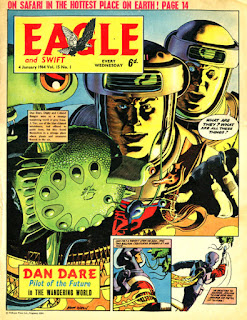 Grand old visit to Agent Johnny's yesterday for a superb dafternoon's swill. After the briefest of introductions the power was switched on and the 'rekkid player' was duly fired up, Pink Floyd (live) soon echoing (booming!) across 'ze smoking room'. In between times X the Unknown - which forms something of a loose Hammer Fillums trilogy, falling as it does between The Quatermass Xperiment and Quatermass 2/Enemy from Space - was discussed in detail, Agent Rob having viewed the former and Agent Johnny the latter on BBC2 last weekend. 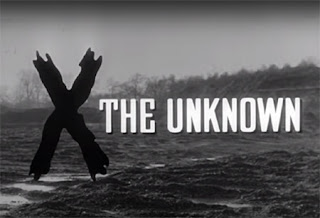 David Stubb's fine book Future Days (recommended readin') was chewed over in due course too, while Agent Rob admired the two hefty Dan Dare reprints (Operation Time Trap bein' one) on ze shelf. Naturally, a 60 minute silence was observed during Doctor Who, as our two agents became absorbed by The Pirate Planet, episodes 1 & 2. Following that the 'rekkid player' was cranked up yet again, Agent Rob departing as 'Our Man in Pester Whailes' giggled at a '45 of Walt Disney's Zorro whilst making his apologies fer staying in to watch Wonder Woman on The Horror Channel later... 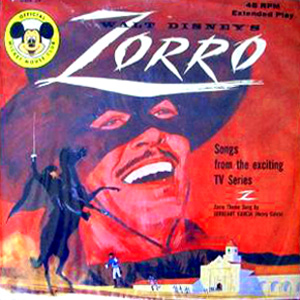 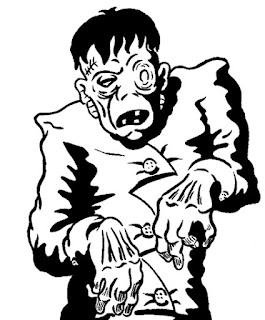 Yep, the eagles have finally landed and The Khollected Khaki Shorts, Gently Does it....: The Collected Rob Miller, The Atomic Society of Justice #2: Evil Hollywood Over Subterrania and Drewer have all arrived over at Braw HQ! All orders can be placed but a click away here....
Posted by noah at 01:52 2 comments: