Aha, lovely as it is to sell and receive books by mail order, there’s nothing better than a bit of real browsing when doing your shopping, which is why you can find copies of both current books (and more than likely the E.W.C. titles too) at the following shops….


Not quite the same thing, obviously, but in the U.S. you can also buy books online from Spit and a Half ….in fact, if you keep an eye on main man John Porcellino’s tour dates, and you both happen to be in the same town, you can still pick up a copy in person!
Posted by noah at 01:34 No comments:

Aha, welcome to the Braw Blog, keeping you updated on all things BB.... We'll be neatly bunching up our early (and now archived) posts this week until we catch up with the official site. Not surprisingly, it's John Miller's turn today, as we look back at the end of last year.... 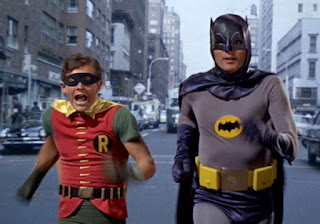 December 21st, 2011....
Finally accessed Ice Station Zebra yesterday after a potential 'near miss' with Agent Johnny. 20 or so original pages of A3 art were handed over for 'digital transferring'/archiving, and the first 3 pages of script for 'Zone Of Destruction' are complete, 2 of them now in my possession for pencilling.

The first of the unfinished 4-pager John Stark: Agent of S.M.E.R.S.H. was spotted, no longer languising, and the creative gears are turning once again on this story. Even from the present evidence, an inked splash panel and 2 more roughed out, this has 'classic' written all over it. 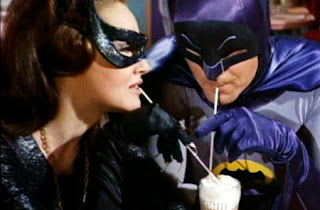 November 30th, 2011....
Pleasant afternoon's swill at Ice Station Zebra with Agent Johnny yesterday. He's all set with the dimensions for a brand new cover for the forthcoming The Collected John G. Miller, 2000 -.... In addition, and by John's request, the 7 page unseen classic Too Many Criminal Idiots has been returned and set aside for minor 'doctoring' to allow for inclusion.

Chapter 1 of the ASJ sequel Evil Hollywood Over Subterranea! has now been completed and the script for Chapter 2, tentatively entitled Zone Of Destruction is underway.


Baron Von Tollbooth - Your Mind Has Left Your Body

The Comics Journal on John Miller!
Read all about it here, but really, the final sentence (quoted below) is all you need to know....
"The ingredients may well seem familiar, but I’ve never encountered a personality quite like Miller’s in all my years of reading comics."
Praise indeed.

Our colleagues at Graphic Eye had this to say about our recently published tome....
"Within these pages are some of the most original, inventive and urgent comics that have been set to print. They are never an easy read — whether it be from the eyeball-bending visuals, the surreal leaps in logic or the brutal confessionalism — but always rewarding and a lesson in how far the limits of the comics form can be pushed.  Miller ought to have more recognition than the underground infamy he currently has, it would be hoped that this collection will do well to garner him the praise he so rightly deserves."
Read the full review here.
Posted by noah at 10:03 No comments: