With our own in-house MacBamvert currently languishing in the 'to do' file, this'll have to suffice for now, an oddity we stumbled across whilst sifting through the debris of Youtube....


The McBam Brothers In Heil Caledonia
Posted by noah at 08:43 No comments: 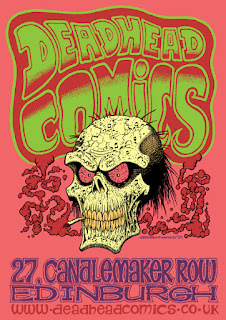 Highly successful Saturday signing at a simply bustlin' Deadhead Comics, Agent Johnny and Zander making for a truly heavyweight underground presence. Thanks to all who came along to buy books, chew the fat, grab a photo op, sit in the sun or just swally some swill, it was much appreciated. Extra props to Gaf Austin for hosting us over the course of the afternoon (and likely well into the evening after I left....) Deadhead poster art by Graham Manley....
Posted by noah at 05:20 No comments:

Email ThisBlogThis!Share to TwitterShare to FacebookShare to Pinterest
Labels: A Braw Blog - Deadhead Comics, A Chronicle Of Doom

Next Saturday in Edinburgh's Deadhead Comics Dave Alexander will be signing copies of his new, 30 years in the making, MacBam Brothers Collection.... 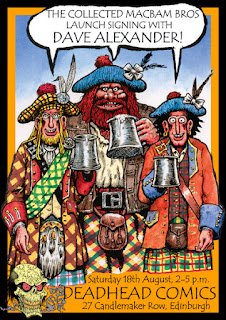 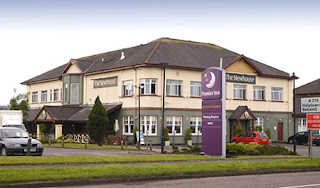 Oh, what a day! A lovely trip to The Newhouse Hotel with Agent Johnny and Gavin Lees yesterday, our man recounting tales of his childhood - one filled with comic reading, drawing and a myriad influences, all part of the unique tapestry that makes him the artist he is today. The sun was shining, the tape was runnin' and latterly the swill was flowing....
Posted by noah at 14:14 No comments: 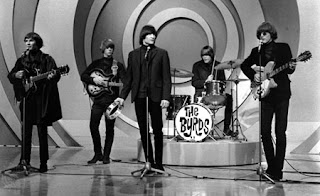 First visit to Ice Station Zebra yesterday in a long while and, after our 'meeting with ye high council' at Mount Olympus, it was great to see the place still in tip-top shape. In fact, the same could be said of Agent Miller who, despite repeatedly apologising for having 'done nothing' in the interim, was on great, chatty, form, chuntering away throughout the long-awaited 'view to a swill'. We talked at length about The Doors and The Byrds (specifically relating to our man's current trend of buying any record of their's near enough from week to week at Backbeat Records) before moving on to discuss Spirit's Twelve Dreams of Dr Sardonicus and The Family That Plays Together. The visit to Lanark indeed came off, Agent Johnny swilling one evening with his old pal Paul Archibald, and we lined up a rather special visit to the Newhouse Hotel this coming Tuesday for something top secret relating to our friends over at Graphic Eye - ﻿more on that as and when....

Sounds: (Skull and Roses) by Grateful Dead, Zabriskie Point: Original Motion Picture Soundtrack (various artists): Soundtrack from the film 'More' by The Pink Floyd and See Those Eyes by Altered Images (again lined up as the grand finale just upon leaving....)

At last, our fashionably desirable autumn collections have arrived!

First up, it's those ever enduring MacBam Bros, survivors of many a comic lost in the mists of time (i.e. disappeared doon the pan!)....

Dave Alexander has been working (like a dog!) in the Glasgow comic scene for over 30 years, and was instrumental in co-creating not only the influential early 90′s adult humour comic Electric Soup, but also the Scottish underground title that followed, the dope-themed Northern Lightz. This long awaited and suitably hefty (and historic!) collection gathers together all the strips from the MacBams humble half-page origins in the 80′s to their truly epic Euro Dismal saga and beyond, illustrating (thanks to its quite beautiful illustration) just why the man they call ’Zander’ is so revered and respected.
11.99 GBP inc. shipping, 170 pages, A4 book format, b/w interiors throughout.

Second and thirdly, we complete our John Miller trilogy with his 80's and 00's collections....

This 1980 - 1989 collection is truly a thing to behold, featuring many strips published for the first time in years, and accompanied by a new cover specially created for this volume. Here John initially displays a more serious side, the artwork and stories longer, more complex and intense, but never less bold or fiercely intelligent than his later output. As the decade wears on his style slowly opens up, the pieces shortening, the message artfully balanced with the consistent and surprisingly offbeat humour.
11.99 GBP inc. shipping, 120 pages, A4 book format, b/w interiors throughout.

This third and final (for now!) collection, 2000 - 2011, brings us bang up to date, the work here thoroughly evolved, often bombarding the reader with art at times best described as ‘violent’, such is the sheer attack on the senses the raw imagery provokes. We’re deep into space comics and secret agent territory here, the playfulness of Ghosty and Captain Zappa giving way to a slightly darker and harder feel, some strips verging on the uncomfortable – at times one can only recoil and imagine the inner turmoil that prompted the putting of pen to paper – but but never less than fascinatingly so.
11.99 GBP inc. shipping, 156 pages, A4 book format, b/w interiors throughout.

All titles available here, and are suggested for mature readers.
Posted by noah at 03:17 No comments: