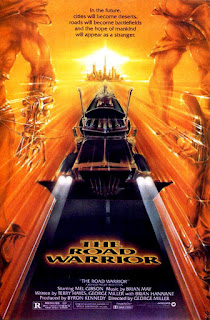 Philip K. Dick - The Man in the High Castle 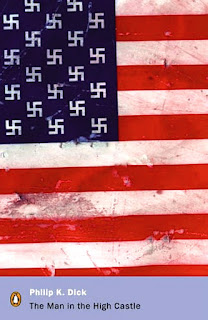 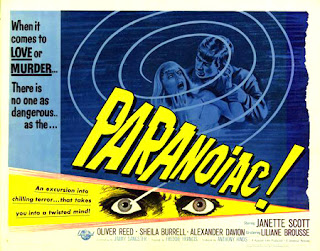 Pre-X-mass visit to Ice Station Zebra on Tuesday to see Agent Johnny, duly holed up against the elements in Pester Whailes. Thankfully it wasn't as 'pingin' cold as last time and our two agents enjoyed a sedate swill in the company of an especially acerbic Bob Dylan. There wasn't a huge amount of chuntering, but topics included the Sanctum Publications reprints of The Avenger as well as Asimov's I, Robot, Agent Rob making it more of a priority to retune 'Our Man in Pester Whailes's 'one-eyed god' to resurrect The Horror Channel fer his festive viewing. There was some evidence of inking on both the Manderston Street Madmen page and Tales of Unearthly Science Fiction cover, presumably undertaken between the lengthy bouts of immobilising 'aches and pains'.... 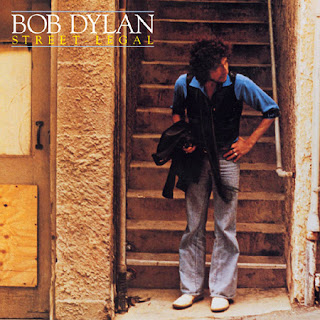 After leaving BASE our intrepid Agent set his sights on The National Library Legal Deposit - at least someone's interested in stocking up on our books - but an almost comical inability to read a hastily sketched map resulted in a lengthy bus detour via,  er, the Royal Infirmary of Edinburgh. That'll be a New Year delivery then....

Sounds: Street Legal and Desire by Bob Dylan: On the Air 7" by The Lines.... 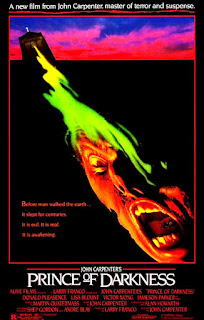 Email ThisBlogThis!Share to TwitterShare to FacebookShare to Pinterest
Labels: Film - Horror, The 1980s 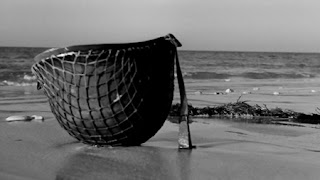 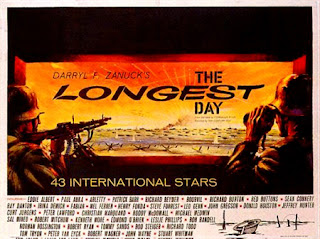 Tales From The Golden Age 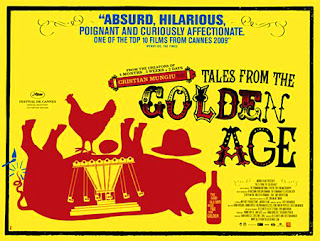 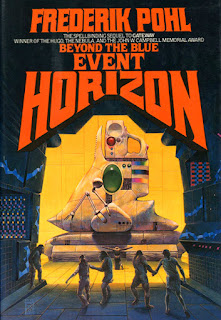 Robinette Broadhead....
Posted by noah at 02:03 No comments: 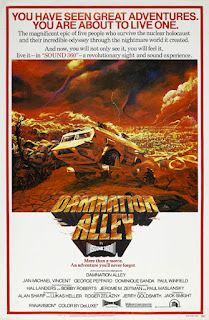 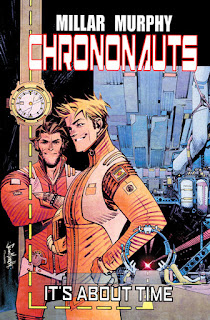 Email ThisBlogThis!Share to TwitterShare to FacebookShare to Pinterest
Labels: Book - Comic, The 2010s

Michael Moorcock - Doctor Who: The Coming of the Terraphiles 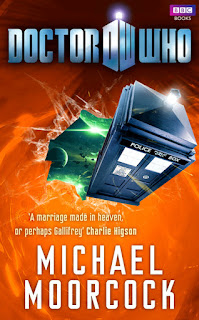 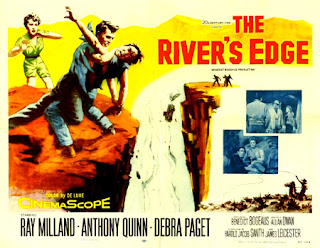 Another pleasant afternoon's swill conducted at Ice Station yesterday, with Agent Johnny on reasonably sparkling form. No sooner had Agent Rob had arrived than the 'one-eyed-god' was tuned to channel 'one five' for The River's Edge (1957) wherein the glamorous Debra Paget cast something of a spell over our slightly stewed heroes. At the fillum's leery conclusion it was time fer some contented chuntering to 'run doon' the clock - our Agent has been enjoyin' recent screenings of The Incredible Hulk in the absence of The Invaders - until Doctor Who: Genesis of the Daleks began another classic run on The Horror Channel. At this point 'Our Man in Pester Whailes' revealed what looks to be the last 3 pages of 'Death March of the Missile Men', though each page was rounded off with a decidedly final looking (and somewhat confusing) 'The End'. Still, together with a very roughed out cover, the end of this epic seems to finally be within sight.... 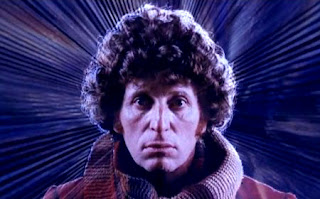 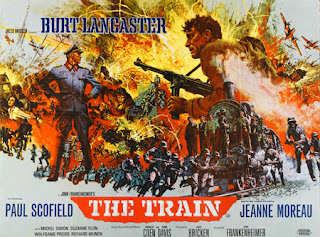 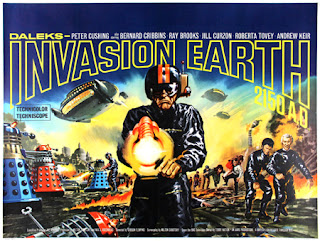 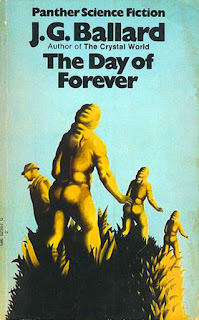 Finally we're going to cover the Mid-Levels escalators - more info. on them here - which feature in the scenes concerning Cop 663 (Tony Leung)'s apartment.

Had Agent Rob not visited The Peak that afternoon then it's unlikely he would have ventured this far - by chance these elevators were mentioned on a scenic commentary and so his interest was, er, piqued, um....

Makes sense to start our trip at the top(-ish) of the elevators, seeing as that's the daytime direction they just so happened to be travelling in. Most of the street locations are "near enough", our Agent piecing them together from detective work, often identifying where the photos were taken by means of searching for the legible business names online....

Around this point we must have stopped off for a welcome (and contented) swill in Soho, as quite suddenly darkness is upon us....

The market scenes in the fillum seem to have been shot at the Graham Street Market - another area set for redevelopment? - which at I guess I assumed was Stanley Street above. To add to the confusion Graham Street seems to be called Gage Street on all the maps too....

Here's the maps covering the elevators, running in the same order as the photos were taken (kind of bearing in mind you're travelling up and off to the right at 45 degrees, each map joining the next at the bottom l/h corner and finishing at the top r/h)....

Other handy links to check out on the subject are here and here - the former, the Wong Kar Wai forums was essential in scoping out the various locations in situ, and the latter, White City Cinema, proved a handy reference point once our Agent had his feet planted firmly back on British soil.... 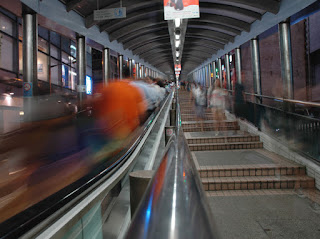 And that is that. Time to dust that last Martini and swagger off into a suitably blurry sunset.... 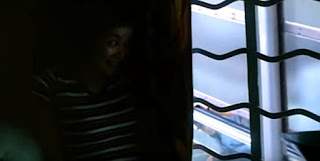 Email ThisBlogThis!Share to TwitterShare to FacebookShare to Pinterest
Labels: A Braw Blog - You Seen The Set, Film - World

Best we begin our second post with Agent Rob and his Bond girl taking the quick and cheap journey by Star Ferry across to Central District. From there the first stop is Lan Kwai Fong (map later), home to the famous Midnight Express.... Or what used to be....

Another stop in the film (and one I passed without truly knowing it) is the California Restaurant which is part of a block that has since been redeveloped - more info. here - Street View from July 2011 shows this in progress along D'Aguilar Street....

The Midnight Express/7-Eleven is pretty much bang on the corner where the Lan Kwai Fong 'flag' is on the map, and you can see D'Aguilar Street runs alongside.

The final stop on our trip will be the Mid-levels Escalators. Please enjoy some OST action in the meantime....

Email ThisBlogThis!Share to TwitterShare to FacebookShare to Pinterest
Labels: A Braw Blog - You Seen The Set, Film - World 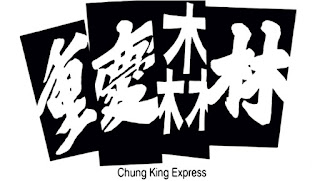 It's not often Agent Rob is able to indulge in some globe-settin' jet-trottin' action, so when the opportunity arose to visit Hong Kong it was duly accepted in the typical James Bond-ish fashion. This allowed him to visit the locations of his personal 'fillum freak' favourite Chungking Express - "Two melancholy policemen fall in love: one with a mysterious female underworld figure, the other with a beautiful and ethereal server at a late-night restaurant he frequents", or so sez IMDB - as watched a month or so ago as 'homewurk'....

The Chungking Mansions are located at 36-44 Nathan Road (map's at the bottom) in Tsim Tsa Shui, Kowloon - you'll know you're getting near when you are assailed by countless Indian tailors asking you to take just 5 minutes to come visit their workshop where they'll kit you out with arguably the finest suit and shirt in the known Northern Hemisphere. Failing that, you could always buy a watch....

In the detail below you can just see what looks like the white strip with red writing from the film still above, as previously hidden by a detailed address board - refer to the pre-2011 canopy photo below - and now mostly obscured by some sort of ducting.


Evident in the 20 years since the film that the building (and clientele?) has undergone something of an extensive renovation, but it still has plenty of character (the atmosphere surely enhanced by a familiarity with the fillum itself).

The exterior certainly seems to have undergone a considerable refurbishment when you compare with an earlier photo (the original used below can be seen in context here). Looking back from Peking Road on Street View, dated August 2011, you can see the Mansions shrouded in (bamboo!) scaffolding....

The Chungking Mansions are practically impossible to miss - in fact, the abundance of tailors accosting you in the street can be very handy should you happen to venture off towards your hotel in the completely wrong direction, er.... 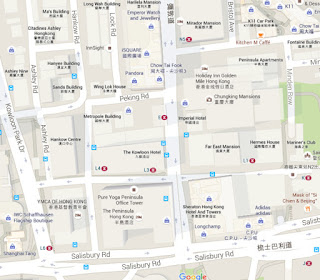 If you walk from Chunking Mansions and Nathan Road and along the aforementioned Peking Road - which, if I recall, is initially and somewhat confusingly called Canton Road on the ground, as it were, before the pedestrian kink - you will then come to the basement McDonalds as seen in the film.

If you fancy picking up a wee souvenir then be prepared to wander 20-40 minutes (depending) or so up Nathan Road to rummage around the Temple Street Night Market or the Ladies Market (making sure to check the surrounding street markets) and you might just come across a little fridge magnet that fits the bill....

That's it for Kowloon. Next post we'll cross the river to Central where we take in the location of the Midnight Express and California Restaurant....
Posted by noah at 07:34 2 comments: