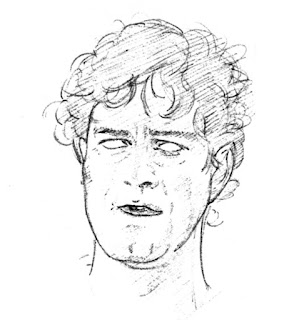 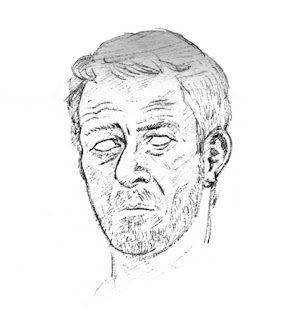 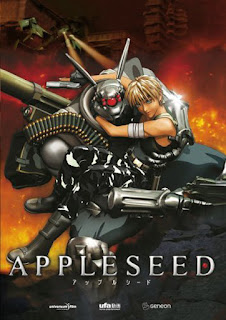 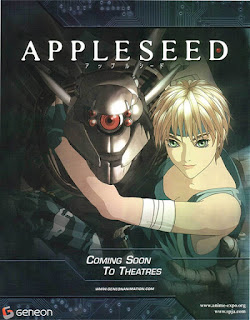 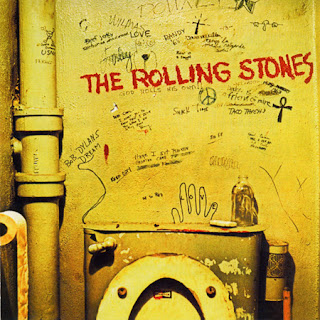 Email ThisBlogThis!Share to TwitterShare to FacebookShare to Pinterest
Labels: Music - Album Of The Week, Music - Psychedelic / Retro, The 1960s 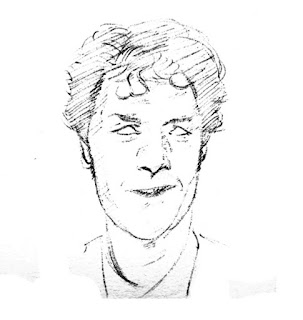 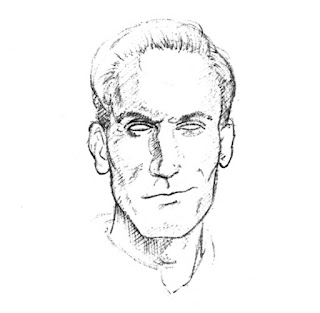 You Can Always Counter-Clock On Philip K. Dick.... 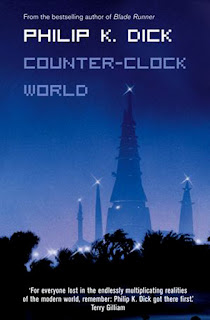 In the Counter-Clock World time runs backwards. People are born in their graves, dug up when they can start speaking, and are reintroduced into society where they grow younger before returning to the womb to be unborn. The Hobart Phase has been reversing time since 1986 and nothing has been quite the same since.

The Library is the most powerful and most feared organization in the world, responsible for the eradication of records from history for events which have no longer happened. Anarch Peak, a black religious leader, is due to be old-born and the Library wants him dead. With a feud already developing in religious communities throughout the world, Seb Hermes is sent to retrieve Anarch from his captors. He must succeed before tensions trigger an all-out religious war.

After Agent Rob's joyous rediscovery of the wonders of Philip K. Dick via the excellent Human Is? short story collection/primer it was surely time that he read (or should that be 'unread'?) Counter-Clock World, PKD's high(!?) concept tale of a world where time has been running backwards since the (unexplained) Hobart Phase of 1986 and those who are dead return to life, the 'old-born', and those living are are de-ageing, regressing towards youth, childhood and a return to the womb. Meals are disgorged, cigarettes are smoked back into fullness and shabby, dirty clothes are plucked from the wardrobe as face whiskers are applied to one's face with foam-glue in the morning.

Aside from the overarching concept the story itself is actually quite straightforward (or should that be straightbackward?) in what is perhaps one of PKD's lesser-known and lesser works (which, truth be told, is less widely available). The tale concerns Sebastian Hermes, himself only ten years old-born, owner of The Flask of Hermes Vitarium, and his rush to dig up and lay claim – he's capable of hearing the old-born underground during that vital moment they return to life – to the soon-to-be-reborn Anarch Peak, a powerful religious leader (and thus social/political motivator), putting the old man up for sale to the highest bidder who wishes to look after him.

Of course once the Anarch is hastily unearthed several conflicting factions all vie for his possession, including the People's Topical Library (where books and information, etc. are stored then completely 'unwritten' from existence, overseen by the sinister Council of Erads), leaving poor Seb, our standard PKD hapless sap, at their mercy (and obviously at that of various female temptations). And so matters soon complicate, the various character threads from the beginning weaving together with just enough flashes of PKD's inventive brilliance (but no great twist or plot leap or alien intervention) to make for a recommended, if not truly essential, read.

'Sometimes,' Sebastian said, 'I have dreams.'
'About what?' Bob Lindy asked.
'A sort of forest.'
'And that's all? Lindy demanded.
'One other.' He hesitated, then said it. 'A pulsating black presence, beating like a huge heart. Enormous and loud, going thump, thump, rising and falling, in and out. And very angry. Burning out everything in me it disapproves of . . . and that seemed to be most of me.'
'Dies Irae,' Father Faine said. 'The Day of Wrath.' He did not seem surprised. Sebastian had talked with him about it before.
Sebastian said, 'And a sense on my part of it being so alive. It was absolutely living. By comparison – we're a spark of life in a lump that isn't alive, that the spark makes move around and talk and act. But this was totally aware; not out of eyes and ears, just aware.'

They were right; he nodded. 'Okay,' he said. He felt overwhelming fatigue, now, as soon as he recognized that fact: as soon as his mind gave up, his body readily followed suit. He waved hello – or rather salve – to the three of them, and roamed on toward a lighted intersection ahead, searching for a cab.
He had never felt as dejected before in all his life. 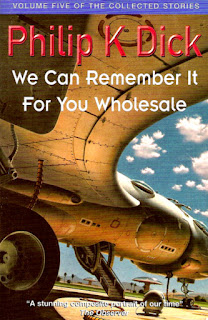 One can even step backward in time to the 1966 short story Your Appointment Will Be Yesterday which was incorporated/expanded into the novel the following year. In this interesting instance the Anarch is instead nearing his return to the womb – in a way as startling and fascinating a premise as his imminent return from death - regressing into childhood, his grasp of his reasons for power and influence quickly fading in a preference for toys. Meanwhile time is running both forwards and backwards, depending on the effects/reach of the very same Hobart Phase. The numerous possibilities and 'what if...?'s of this complex scenario then slowly build up until Agent Rob has to admit he was a little lost - such is the fate of tackling an idea where one action may cancel another and so on and so on, becoming caught in a sort of endless action/reaction loop. Still, it does provide more insight into the (later discarded) origins of the Hobart Phase while several characters and scenes employed in the novel play out here slightly differently. A worthy and intriguing compliment to be brought back as a starter after disgorging the main course....
Posted by noah at 05:05 No comments: 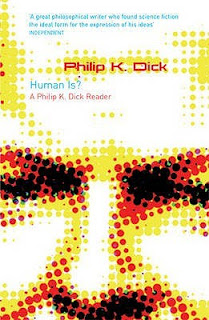 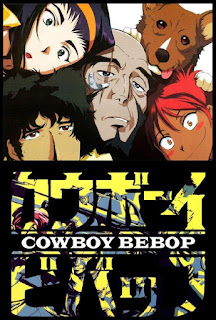 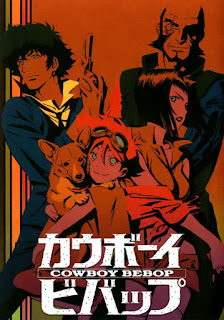 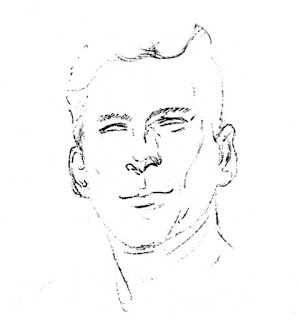 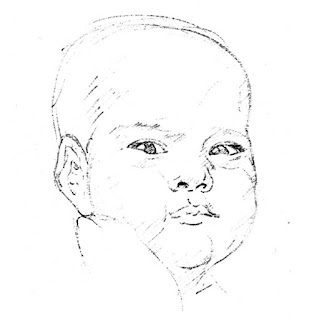 MMM: Sword of the Stranger 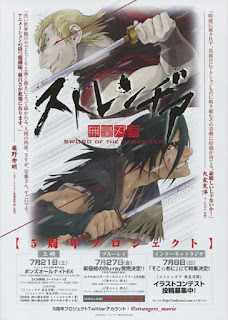 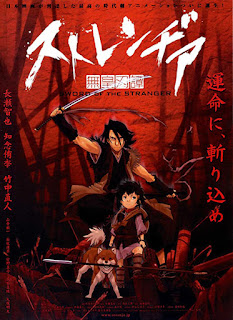 Cornershop - England Is A Garden 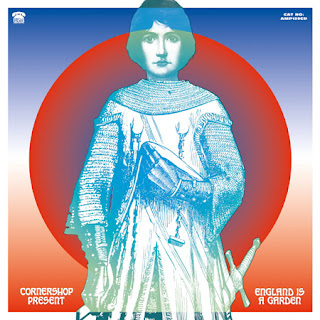 Email ThisBlogThis!Share to TwitterShare to FacebookShare to Pinterest
Labels: Music - Album Of The Week, Music - Indie / Alternative, The 2020s 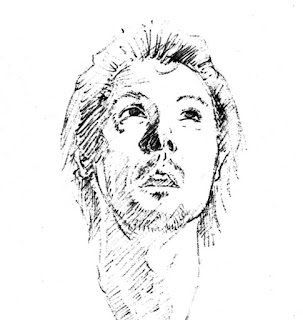 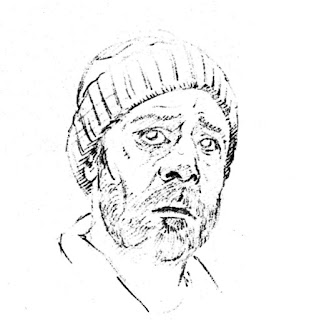 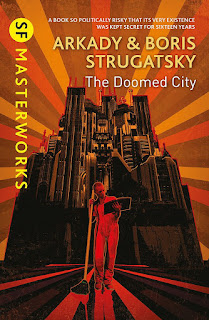 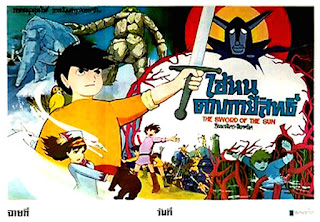 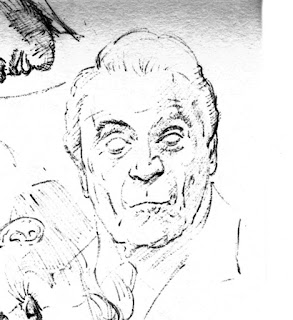 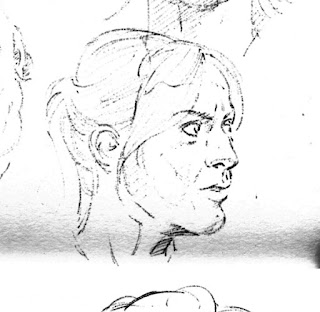 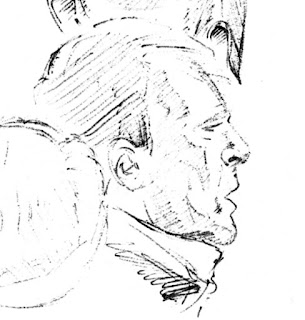