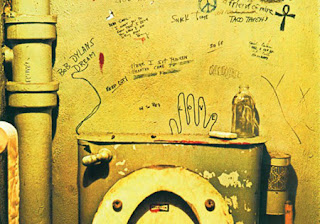 Brief visit to (n)Ice Station Zebra yesterday, braving the cold to catch the work in progress as Agent Johnny's new 'Shunker 5' bog and kitchen installation continue apace. Our man in Hailesland seemed on good form as 'bangy noises' resounded all around us, having taken to his bedroom - and not his bed as rumours would have us believe - to continue the letter writing and comic drawing. At present he's about 1/4 of the way through a page of John Stark, but we've lost count of how many there are exactly. A further morale boost took the form of Adam Smith's brand new Evil Hollywood pages - 5 in all - which were put away in a special file fer readin' later.

Sounds: lots of quite contented chunterin', some of it concernin' the soundtrack elpee below....

Once Upon A Time In The West OST
Posted by noah at 01:02 No comments: 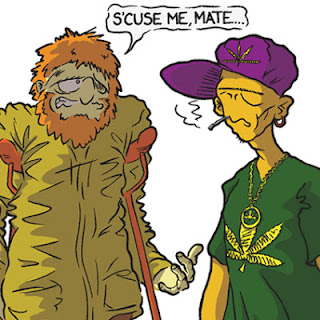 At last! Limping into print too late to sail into those 'best of the underground' top tens of 2012 and dipping under the radar to hit the shops too early into 2013 - thereby guaranteeing it'll be a distant, lost memory in about, ooh, a week's time - Braw! has finally arrived! 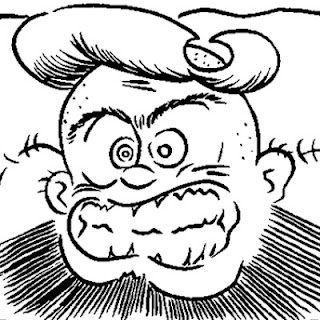 Get a groove on.... to the gnarly social commentary! 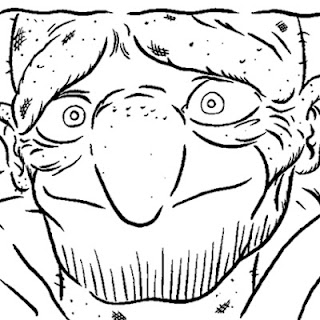 Swing your pants.... to the silky smooth artwork! 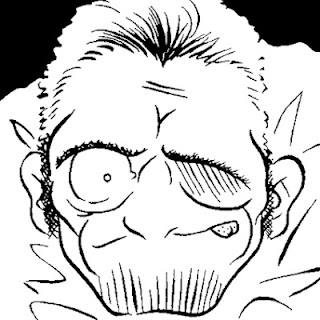 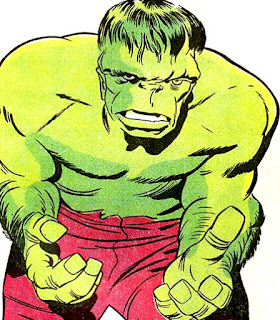 Exhausting day spent at BASE yesterday, 'clearin' oot' lest Ice Station Zebra be 'decommissioned' by the Cooncil, at the risk of Agent Johnny findin' himself up the kreek without a drawin' table. And so a massive covert operation (weightliftin' a loada boxes about) was carried out and we got the place cleared to everyone's satisfaction. Now, assuming the workies are granted access to the palace of unearthly delights on Monday morning, we should be right, Johnny living to die another day. Hail Odin! 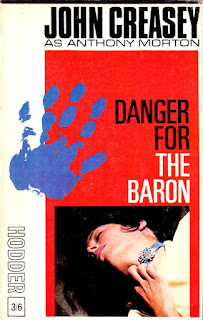 A very happy New Year swill at Ice Station Zebra yesterday, Agent Johnny on good form, expounding on his desire to do another Sandie Shaw strip, possibly featuring our friend The Baron! Seems that other work is slowly ongoing, lots of projects on the drawing table - including the previously mentioned strip intended for Spaceship Away - but nothing new that he deemed worthy enough to show me. It's fair to say he's been relaxing and enjoying the Christmas fillums on the telly-visor, so perhaps that's one reason for a slight decrease in productivity, but a subsequent sudden jump in ideas. The biggest topic was Adam Smith making a start on his Evil Hollywood pages, pencilling the first 5, with 3 to be roughed up from John's notes (written down one fine day in the attic at Hope Street Studios).


Siouxsie & The Banshees - Superstition
Posted by noah at 10:45 No comments: