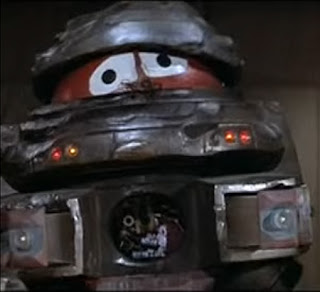 Finally made it through to Ice Station Zebra on Thursday, skiting across the lunar landscape to Pester Whailes railway station and heading on back to the valley with the bullshit detector. In spite of the sudden temperature drop Agent Johnny was on fine - if initially slightly subdued due to a cold - form. However, after an hour in ze smoking room, half 12 come and gone, a jolly swill was duly underway. He recounted tales of his week's exploits, numerous visits to BackBeat Records, Forbidden Planet and Deadhead Comics, showing off his 2 new Cure lps later in the day. With Adam J. Smith putting the finishing touches to his Chapter of Evil Hollywood it was agreed that a meeting at The Mono should be arranged to discuss the story's conclusion, thereby putting this title to bed in time for the anticipated summer release. A 2nd page of Sandie Shaw was also underway, the pencilled title in place awaiting the script to be 'thinked up'. Whilst leafing through a few old  White Bufflo Gazettes, Agent (Rob) Miller discovered that there were two Secret Agent novels completed at the turn of the century, novels that were supposedly being 'transferred to disc' at that time for submitting to publishers. As things stand Johnny is on the hunt for the manuscripts in the Archives of Doom, Rob keen for these works to finally see the light of day.

Sounds: The Black Hole, Original Motion Picture Soundtrack, by John  Barry: Blows Against The Empire by Paul Kantner, Grace Slick et al: Zabriskie Point, Original Motion Picture Soundtrack (various artists): Ace by Bob Weir: See Those Eyes and I Could Be Happy by Altered Images: Sometimes 7" by Erasure: The Lebanon by The Human League: Israel 12" by Siouxsie and the Banshees....

It's just yet another Electric Manday....

As well as asking Rob to restore a plethora of long-thought-lost Electric Man covers, the team behind the film were then fortunate enough to unearth the first 3 volumes of the Electric Manga series (which are very rare indeed), by the highly creative team of Daiki Barash and Shiro Makamoto. Printed by SOHO Entertainment these are thought to date back to the early 70's....


Electric Man - When Sparks Flew
Posted by noah at 12:37 No comments: